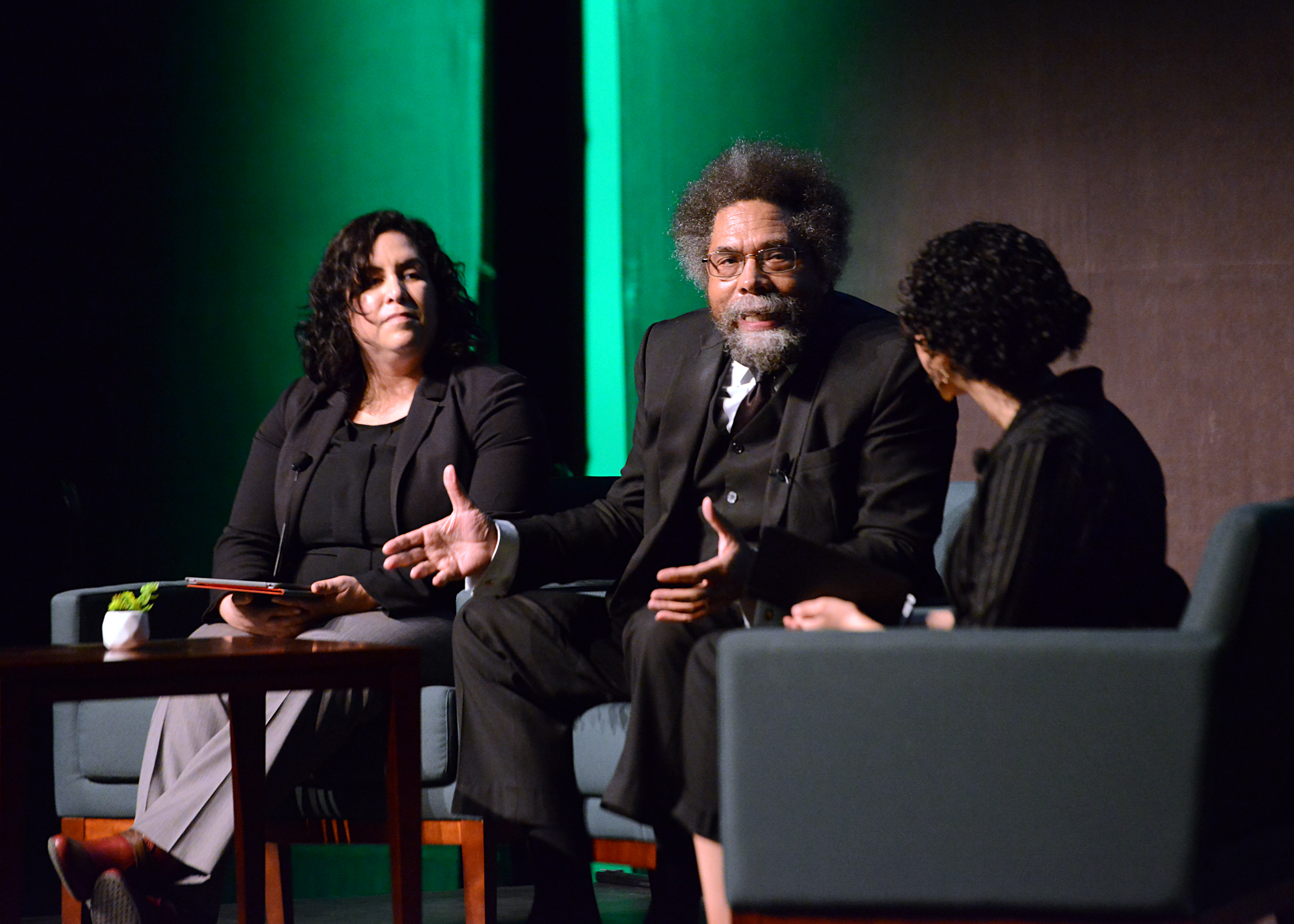 Cal Poly’s inaugural MLK Legacy Award was also bestowed during the dinner to College of Science and Mathematics Associate Dean Camille O’Bryant, professor in the Kinesiology and Public Health Department.

The award recognizes a campus community member who upholds the legacy of Martin Luther King, Jr. by leading with love and hope to create a better campus for all. The individual is also integral to creating a legacy at Cal Poly that centers on diversity, equity and inclusion, said Bryan Hubain, assistant dean of students and director of the Cross Cultural Centers, which organized the dinner in Chumash Auditorium to honor King and raise awareness about the lives and experiences of people of color at Cal Poly. The Cross Cultural Centers and the Office of University Diversity and Inclusion (OUDI) hosted the fireside chat in the Performing Arts Center Pavilion.

Love — particularly transforming love into moments of unity and lifting up fellow humanity — was a common theme throughout West’s thought-provoking talk. In his smooth, melodious tone, West touched on black traditions, death and living, politics, the legacy of King and the many others in the black community who preceded him and succeeded him in finding their own voices to cut against the grain and empower others.

“You can never find your voice unless you muster the courage to dig deep into your own soul … and configure it into something that touches people’s souls,” West said. “To be human is to spread loving kindness, steadfast love to the motherless, the fatherless, the widow, the weak, the vulnerable, the oppressed.” 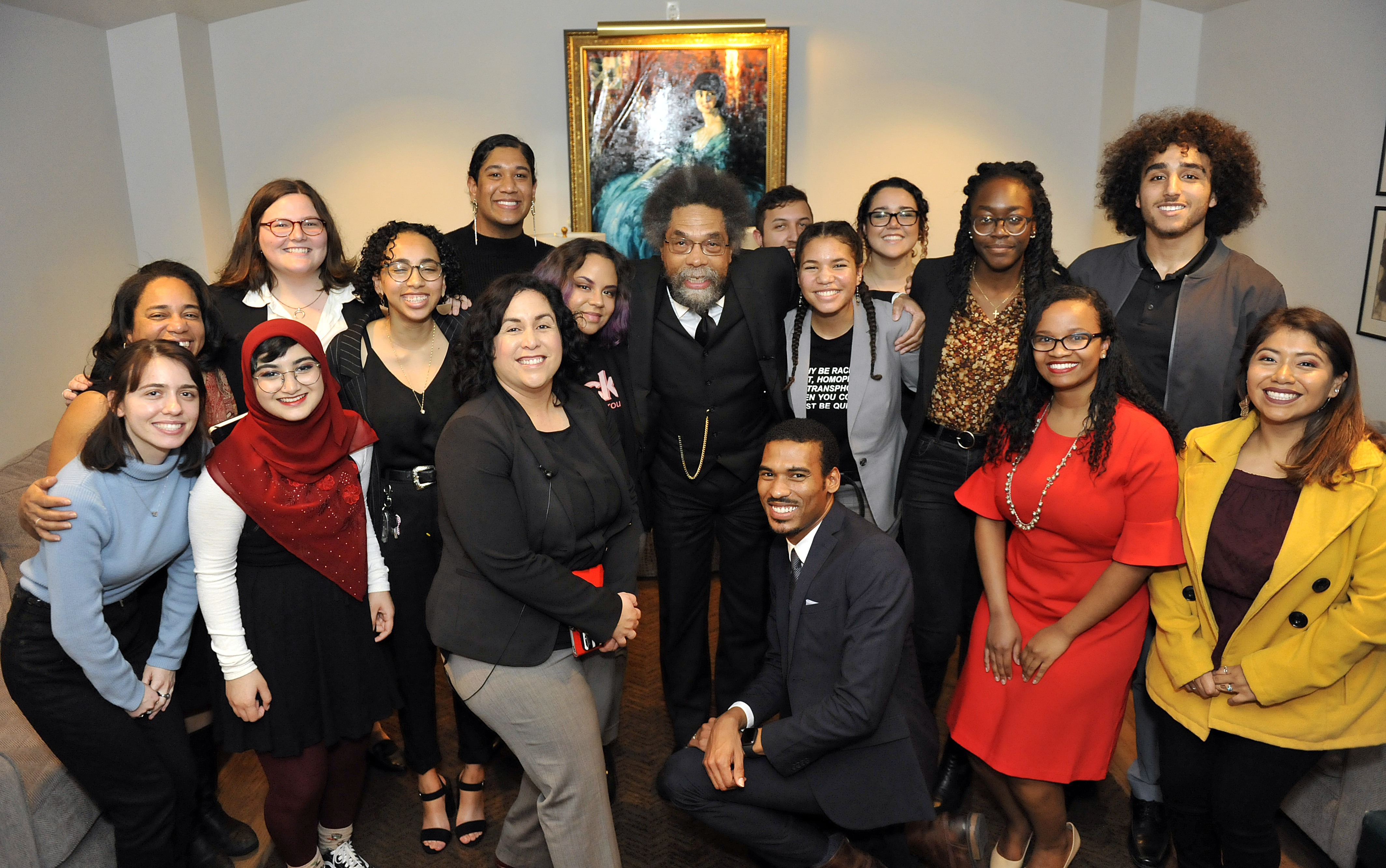 During the fireside chat, West also opined on topics ranging from global issues facing society and the government shutdown to the current state of rap music and rejecting hate in favor of being a “love warrior.” Watch the video of the chat here.

“I come from a black people whose anthem is lift every voice, not every echo,” West said, referring to polarization in politics and what he described as politicians echoing talking points, not raising distinct voices.

“Global concerns ought to be at the center of how we organize,” West added. “I’m actually quite encouraged by a number of these movements, especially the young people.”

The whole nation, West said, can learn something from the best of people, like King, who have been hated.

“He was a love warrior and he came from a people who had been hated — 244 years of slavery, that’s torture every day. … It’s the same tradition that says you can hate me intensely but I choose to be a love warrior. You can terrorize me but I’m not going to terrorize you back.”

In response to a question about what advice he’d give Cal Poly students seeking to make a difference, West said: “The issue is what kind of human being you’re going to choose to be in the short time you have from your momma’s womb to tomb.

“It’s a matter of the choices,” he added. “It’s the matter of the kind of virtues and visions and values that you will try to enact and embody in this small slice of time that you have.”