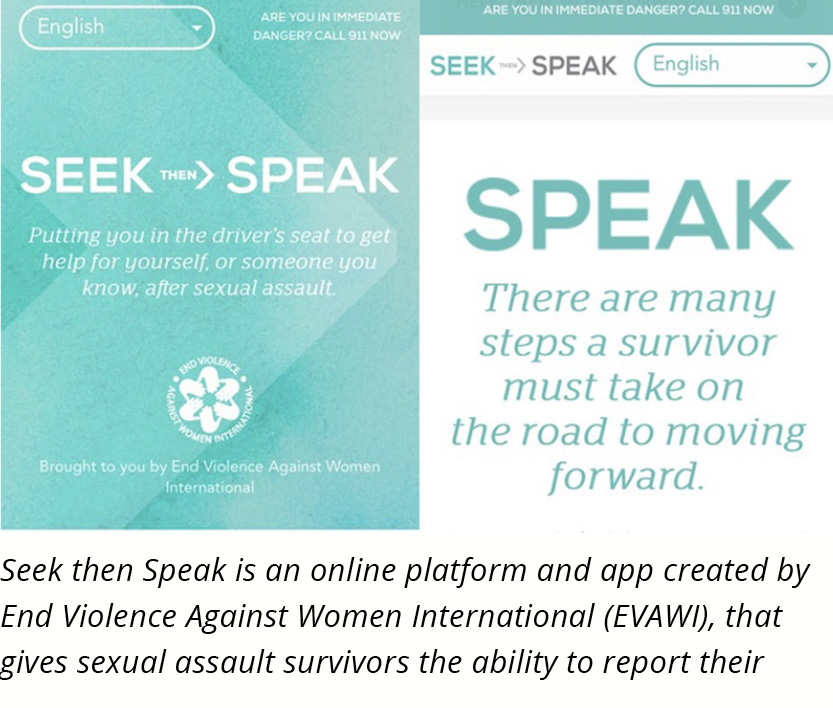 Cal Poly has established a new program aimed at helping survivors of sexual assault seek support and report their experiences.

Seek then Speak, an online platform and app created by End Violence Against Women International (EVAWI), allows sexual assault survivors of all identities to report their cases from their own homes and at their own pace. EVAWI offers the subscription service to law enforcement agencies, Title IX offices and victim services agencies at no cost for the first year of service.

Cal Poly’s participation in the new venture is the result of a collaboration of core university and community partners – Cal Poly’s Safer (a program within Campus Health and Wellbeing), the Office of the Dean of Students, the Office of Equal Opportunity, and Cal Poly Police, as well as Rise and the San Luis Obispo Police Department. The collaboration itself is a product of a three-year campus grant Cal Poly received from the Department of Justice’s (DOJ) Office on Violence Against Women.

Cal Poly received the $300,000 grant with the collective goal of further enhancing the campus culture on topics of sexual assault, dating/domestic violence and stalking.

“This is an incredible resource for our community,” said Kara Samaniego, Cal Poly’s assistant director of Wellbeing, who oversees the Safer program. “There are often so many barriers for survivors to come forward and talk about their experience. Seek then Speak was a logical next step as all of our agencies strive to provide the highest quality of victim support services in our county.”

To that end, the ability to provide a more sensitive process for victims to report sexual assault cases was the group’s driving force behind Seek then Speak’s implementation.

"It can be very traumatic having to go to the police as soon as an incident has occurred, especially for folks who may worry that police interaction would increase the trauma of their experiences based on their perceived identities or lived experiences,” added Megan Stuart, Cal Poly’s Department of Justice Project Coordinator. 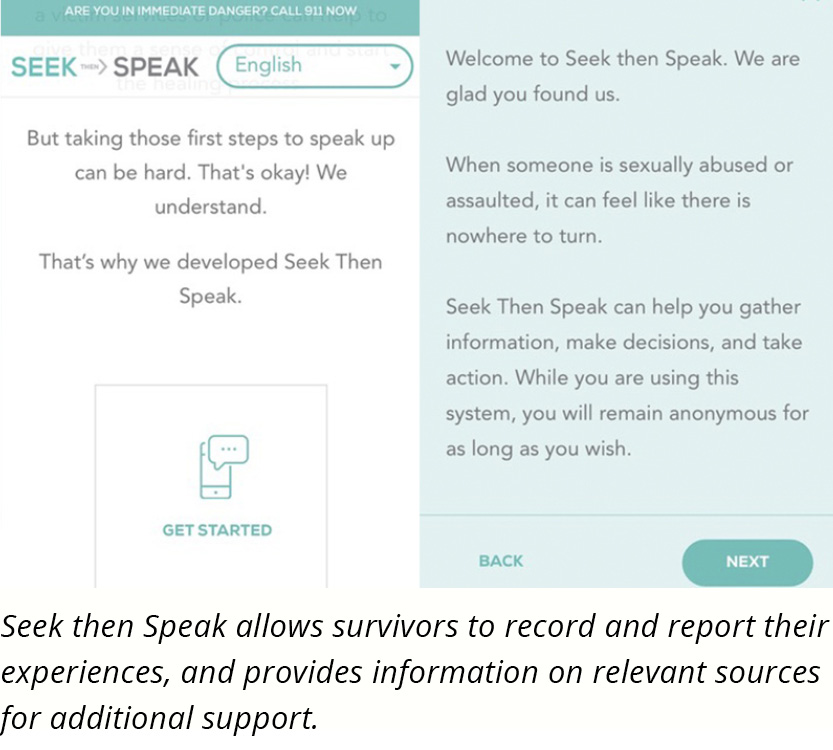 Survivors can utilize a program within the Seek Then Speak platform, VictimLink, to generate a written report online after an incident occurred. Victims can work on the report at their own pace, access it anytime and submit it through the platform to law enforcement when they feel ready.

“It’s a way for victims to use new technology to connect to control what information they share and how they choose to move forward with that information,” said Stuart. “It allows for survivors to process their experience in their own way and hopefully will act to connect survivors to the services available to them after a sexual assault has taken place, whether that be counseling, advocacy, or filing a law enforcement or Title IX report.”

Beyond its use as an alternative reporting program, Seek then Speak connects victims to a variety of community resources and organizations for support.

“The prompts and flow of information are very similar to what a person may experience meeting one-on-one with a confidential advocate,” said Samaniego. “But now they have the opportunity to do it from the privacy of their own home, without that anxiety of having to talk to someone face-to-face if they’re not ready for it.”

Dr. Kim Lonsway, who serves as Director of Community Outreach and Public Policy for End Violence Against Women International, said she hopes the program will lead to increased reporting by victims. Lonsway noted that she’s encouraged by the technology’s impact on other campuses and organizations. EVAWI currently has 100 established VictimLink agencies.

“The barriers to reporting sexual assault are significant, and as few as one in five may go on to report their assaults,” said Lonsway. “With a resource as available and accessible as this we want to be able to encourage victims to explore options.”

Samaniego noted that one of the program’s immediate benefits is that it allows victims to forgo one-on-one interactions with authorities immediately following a traumatic experience.

“For survivors of sexual assault, there is often a fear that they won’t be believed or be taken seriously.” Samaniego said. “These fears, along with societal messages about this topic, present barriers to seeking support. I love seeing technological innovations being used to support survivors.”

“There’s a lot of difference between having the strength to tell somebody close to you and coming to us,” added University Police Department (UPD) Deputy Chief Brenda Trobaugh. “Because of victim-blaming culture, people would tell women they were assaulted because of the way they dressed. As a result, we often see victims keeping their emotional trauma contained.”

Trobaugh and Samaniego, meanwhile, noted that an increase in reporting through the platform can also serve as a marker of success for the expansion of survivor services. At the end of the day, the collective goal is to ensure that all survivors have the support and resources they need following traumatic, life-altering experiences.

“It’s unique, what’s happening,” Samaniego said, “with the type and number of agencies coming together with advocates, with law enforcement and student conduct. Having all these worlds come together and agree to roll out a program like this is game changing for our students and community.”