Home : From reflection to action

From reflection to action 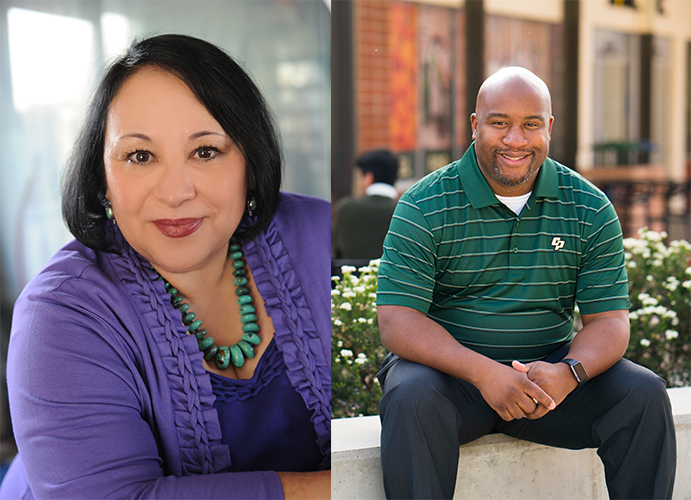 For some, the start of every academic year means a time of renewal at Cal Poly. For others, however, it means taking steps to prevent history from repeating itself.

Take me back to the events that occurred in April. What were your thoughts on the campus community’s reaction to these racially charged incidents?

I don’t know of anyone connected with Cal Poly — directly or indirectly — who wasn’t impacted.

Obviously, the students had the strongest reaction — the students of color, who were most impacted by the blackface incident, and then later, the Greek Life students who were impacted by the temporary suspension of the Greek system. I also think a lot of our students weren’t sure how to react, because they empathized with our students of color but also with their peers in Greek Life. There were a lot of mixed emotions, and it was palpable — you could feel it throughout campus.

Of course, it impacted faculty and staff as well. I think those of us in administrative roles felt it deeply and really wanted to do something immediately — but what do we do and how do we do it? How do we respond in such a way that is going to communicate that we care and that this is not acceptable on our campus? We also had to be mindful of policies and other requirements that we had to adhere to as administrators.

I think our students really stepped up, as this was a tipping point in their Cal Poly experience. Within 24 hours they mobilized and said that they needed to have a series of meetings. There were meetings within the Greek community; there was a town hall meeting that first night. Our faculty, staff and community really showed the heart of Cal Poly, too.

I can still say that I don’t believe those incidents speak to who we are as a university. However, we also need to acknowledge that this isn’t the first racist incident at Cal Poly. We have some history here.

It is our goal to make a permanent shift in our campus climate. We now have students telling us their stories of adverse experiences. They’re talking about places on campus where they feel comfortable and spaces they don’t. It has provided an outlet for our students to say, “This has been my experience. This is Cal Poly, too.”

So, this is a growth opportunity for us. There was a lot of work already underway, and these incidents really showed why we need to continue those efforts and do more in terms of trainings, workshops and other opportunities for students to learn about differences. That’s really shaping how we’re moving forward.

I’m really proud of our students and the activist roles they’ve taken. They want to see things happen, so now as a campus we need to be responsive. I’m also proud of the way the university community reacted with such care and concern. We all feel the hurt of students who felt that they were further marginalized, targeted and offended by the events of the spring.

What did you learn about Cal Poly students as a result of these events?

The Office of University Diversity and Inclusion (OUDI) introduced the Diversity Action Initiatives to campus in early June. What are they, and how did the events on campus influence those initiatives?

They’re a compendium of all diversity initiatives the university is actively involved in at this time, including efforts that we are planning in the immediate future. Since I arrived on campus, I’ve noticed there’s this misperception that the university hasn’t done much to implement diversity and inclusion initiatives. OUDI initially helped to compile this list of initiatives during a diversity mapping exercise several years ago, and it has since been added to by other divisions within the university. After the events on campus this spring, it became even more important for us to share this list with the community.

Within Student Affairs, I can tell you that we took a hard look at orientation programming, in terms of educating incoming students about our expectations of them. With that in mind, we’ve improved our orientation sessions to speak more directly to students, parents and supporters about these important issues. Community is so important here, and we want to be clear about the things we expect from them when they join ours.

We’re also adding an online diversity seminar for all incoming students. It speaks to different topics relevant to students, such as identity, privilege, implicit bias, microaggressions, among other things, so they can build their knowledge and their ability to communicate cross-culturally. We also plan to make this available to students in areas such as Athletics, Greek Life and ASI student government.

Finally, I’m going to conduct several in-person follow-up sessions with incoming students. This will ensure that the conversation continues through additional programming and other opportunities. We want to ingrain these values so that students have the courage to act and speak up in challenging situations.

You've also established campus climate strategy groups to specifically address diversity and inclusion through curriculum, recruitment and retention, and of course, campus climate itself. Can you talk a little bit about these groups and how you see them impacting the university’s efforts?

Through the Collective Impact process last fall, we established these groups to assess the work that’s already been done on campus to address campus climate, diversity in the curriculum, and the recruitment and retention of faculty, staff and students from underrepresented communities. The groups identified not only work already done within these areas but also gaps that needed to be addressed and areas that could be resources for greater collaboration and collective impact. They were also tasked with generating short-term and long-term recommendations based on their findings and discussions. These recommendations will be reviewed in the fall to determine next actionable steps.

So where does Cal Poly go from here?

I think the overall goal remains the same, especially from my perspective: We have an opportunity to lead not only our university but also the nation in moving the needle on campus climate. I think the proof will be in the work that we do.

For instance, in the immediate future, we’ll be working with our Greek Life students to implement some of the diversity and inclusion initiatives we asked them to prioritize in the spring. We will also partner with Safer and other campus programs to educate students on being better bystanders when a peer feels unsafe in our community. Ultimately, we believe these ongoing efforts will help students be better citizens and proactive bystanders, both on our campus and within the greater community.

This is a very special place. I was really attracted to Cal Poly because I thought, “This is a predominantly white institution that is ­— in terms of people’s mindset and commitment to diversity — in a very different place than anything I’ve experienced elsewhere.” I like that challenge, and I can see Cal Poly leading the way and showing others how to really embed diversity, inclusion, equity and social justice values throughout everything we represent and do. That’s the goal.

Apply for a grant today.