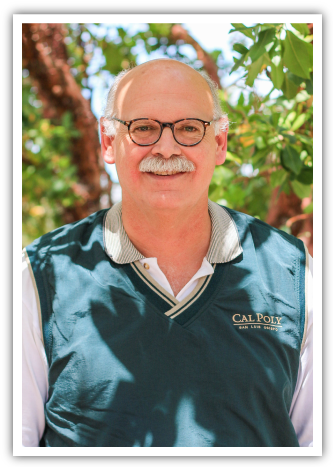 Peter Zwart is a second generation native of Pasadena, Calif. Born and raised in the City of Roses, he attended both public and private schools. With a graphic arts and packaging background, Peter is employed as a print production manager for The Walt Disney Co., where he has worked for the last 25 years. In addition to his work, he has enjoyed many positions with the Pasadena Tournament of Roses Parade. One year, while volunteering on the parade’s Judging Committee, he became acquainted with Cal Poly President Jeffrey Armstrong and has since become more involved with the university.

In his spare time, Peter enjoys gardening and cheering his children on at their various sporting events. One day, sooner rather than later, he and Anne hope to make the Central Coast their home.

Apply for a grant today.